A Facebook friend sent this to me today. If you don’t know why it’s funny, read about four paragraphs down in this post. 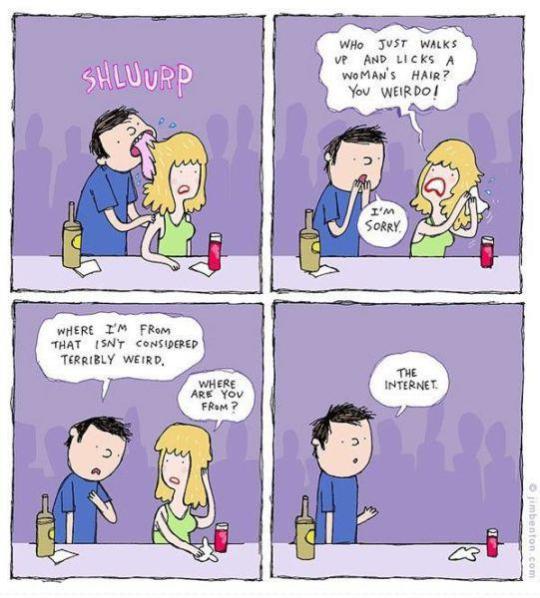 Omigod, I miss you! I have been too used up to get thoughts out of my fingertips in a coherent fashion and I need to rectify that. In the interim, I’m going to recycle, with apologies to those who have read this previously. Here’s a story that absolutely would have been on the blog had it existed when it happened. It’s an email I sent last summer at 3:27 a.m. to a select group of friends and family, then posted on Facebook later in the day. The subject line was “So much for sleeping…”

So much for sleeping.

I woke up….not quite an hour ago. I heard a noise in my window, like a bug bouncing off the screen, but enough to wake me up. It seemed odd, and Ruby was awake, so I petted her for a few minutes, then settled in to go back to sleep. For some reason, my eyes were open, and I saw the BAT fly through. The bat that had been trying to get out the window, apparently.

I behaved like any normal person would. I pulled up all the covers and wondered if it was possible to ignore it until it went away.

I could tell it was flying around in the room outside mine. Every few minutes, it would fly into my room and I would react like a sane person in control of the situation. I yelled and flailed and pulled the covers over my head. I also freaked the hell out of my dog. All bark, indeed.

After a while, I decided I had to get DOWNSTAIRS. I have no idea why. It just seemed like a good idea to regroup, because I was sweating (shocking, I know) and shaking like a leaf and could not think. (I also couldn’t remember if light would attract or repel a bat, and I wanted to look it up on the internet, and I couldn’t do that from my bed, apparently, because I only had my phone and iPad available. Oh wait….) And in my head, for some reason, the bat would stay upstairs until I figured out how to deal with it.

I decided I needed protective gear. At this point, I had on just a tank top. Not having on pants was a great concern to me. My yoga pants were on the floor next to the bed, but I couldn’t reach them without getting OUT of the bed; apparently being IN the bed was some kind of safe zone (although no one told this to the bat, who flew in from time to time). I entertained the idea of pulling the king-size down comforter off the bed for said protective gear. Because that would allow me to run easily, right? OMG. Fortunately I remembered I had a small throw at the foot of the bed. Protective gear. I grabbed my phone, put the “protective gear” over my head, yelled at Ruby to go downstairs (she did) and ran. We immediately ran into the back yard.

For those playing along at home, the answer is ATTRACT. Light will ATTRACT a bat. (Which doesn’t make sense, because they’re fucking NOCTURNAL and come out when it’s dark.) I know this, because he decided to join us in the living room, the sneaky bastard. So not fair to invade my safe zone. I flailed and yelled. Hoping none of my neighbors heard the crazy yelling tonight. OMG. He flew away for a while. Lather, rinse, repeat. He came back at least twice. And I’m pretty sure he got bigger every time.

Then it occurred to me, perhaps if the light attracted him, and the lamp is next to the door, I could have the door open and he could just show himself out. With my protective gear on, I opened the front door and the screen door. Then I moved back to Ruby, who had retreated to the far end of the couch.

Moths, though, felt free to come IN.

Notice the bat has reentered the living room. In amongst my normal screaming and flailing (now holding my iPad as a weapon, because I have shed my protective gear due to excessive sweating and the fact that wearing a blanket over my head now seems ridiculous) I try to explain the plan to the bat.

Retreat to couch with Ruby.

Bat enters the room, and thankfully, EXITS THE HOUSE.

Curse all of you for being asleep.

Decide out of the goodness of my heart NOT to wake any of you (Dad), and to send you my long story instead.

Pretty sure I’m bat-free again, because during the entire time it’s taken me to type this, no one else has entered the room. Am I going to go upstairs and check? No. Am I going to sit upright on the couch and watch a movie (with the lights on) and hope I doze off? Sources say yes.

My crazy, mixed up verb tenses should indicate just how rattled I am. Gah.

Anyone wanna come over and drink?

Postscript: I did, in fact, put on my pants before fleeing the house. Also, as I was writing this, a loud thunk on the front porch made me jump out of my skin just when I was finally settling down. Newspaper’s here. Gah.