The Narcissism Project: A Year in Review

One of many pics of Ruby Dogwonkafonka from the phone purge….

My blog reminded me recently that it was our one-year anniversary. To celebrate, let’s take a moment for reflection on what we have “accomplished”, shall we?

Looking back at my very first post, I find myself laughing that nothing much has changed, except instead of downloading 1200 pictures off my phone this past weekend, it was more like 1700. Most of them were of Ruby. Shocking, I know.

“Write more” was my New Year’s resolution, carried out here, with a desire to average a post a week. And with this being my 57th post, I achieved that. I think this might be the first time I’ve ever seen a resolution through to completion. Completion? What happens now? Was it only a one-year project?

I will say that blogging has made me a total narcissist. Hmm. Or perhaps it revealed how full of myself I was to begin with. I mean really, how impertinent of me to suppose you want to know what I think about anything – or perhaps more accurately, about nothing in particular. And about four seconds after publishing my first post, I became a stats junkie. I stare at the counts, I marvel over the countries, I laugh over the search terms bringing people here.

The countries, yes. WordPress started tracking for us what countries the views come from. It’s kind of fascinating. I have a friend living in the UK and another in Taiwan, so when I get hits from there I chalk it up as likely being them. But Bhutan? I don’t know anyone there, but I’ve had one view from there. Since WordPress started tracking this, I’ve had views from 31 different countries. I’m totally flattered. And mystified. And hopeful I haven’t made that one person in Moldova think that all Americans say “fuck” all the time. Some of us do. But a lot don’t.

Although, that’s another lesson learned through the stats: Apparently you people like f-bombs. Especially when in reference to my family.

I find myself incredibly gratified when a stranger likes or comments or follows. In some ways it’s more satisfying than from my existing friends – and that maybe sounds awful, and I don’t mean for it to. But a stranger doesn’t already have affection for me or familiarity with my sense of humor.  It’s nice to be appreciated. I like to state the obvious, too.  😛

The search terms people used that brought them to Wonkafonkaland….oh man.

Some of them are horrifying, however, and I can’t even bring myself to share them with you. Suffice it to say, they were probably pretty disappointed when they got here.

I can see who my most frequent commenters are. Thank you, Coopy and Kristin.  😀  And which posts were most commented on.

Y’all like controversy. The most popular post so far was the one about my email interaction with the small-minded aunt of a former employee. But I’m pleased to see a happier post, the one with the oatmeal cake recipe, is a close second. And it’s good to see that why being single is awesome has almost twice as many views as why being single sucks.

Hmm…..this post feels like it’s getting boring…..enough with the “me, me, me”. Thank you for all the nice comments and supportive things you’ve shared with me over the last year. To celebrate, I got the blog and me a little present: our own domain. Woo hoo, wonkafonka.com is in the hizzouse! Yeah, that’s stupid. Pretend I didn’t say that last thing. Fo shizzle.  Let’s distract you with something funny. It’s your favorite: a member of my family and an f-bomb.

I think a lot of Damn You AutoCorrect is probably fake, and this isn’t that anyway. It’s my dad using Siri’s “dictation” feature and it’s flipping hilarious. 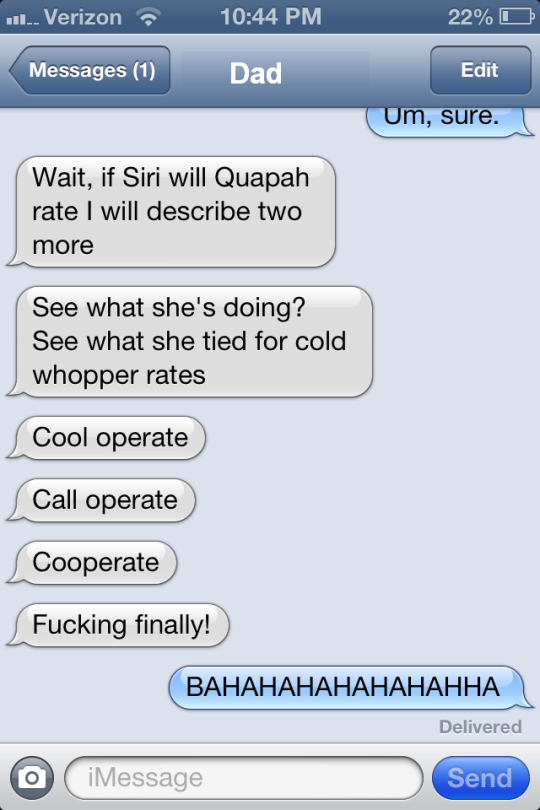 A Farewell To Latkes

Comments on: "The Narcissism Project: A Year in Review" (7)